Stories on Statelesness and Migration 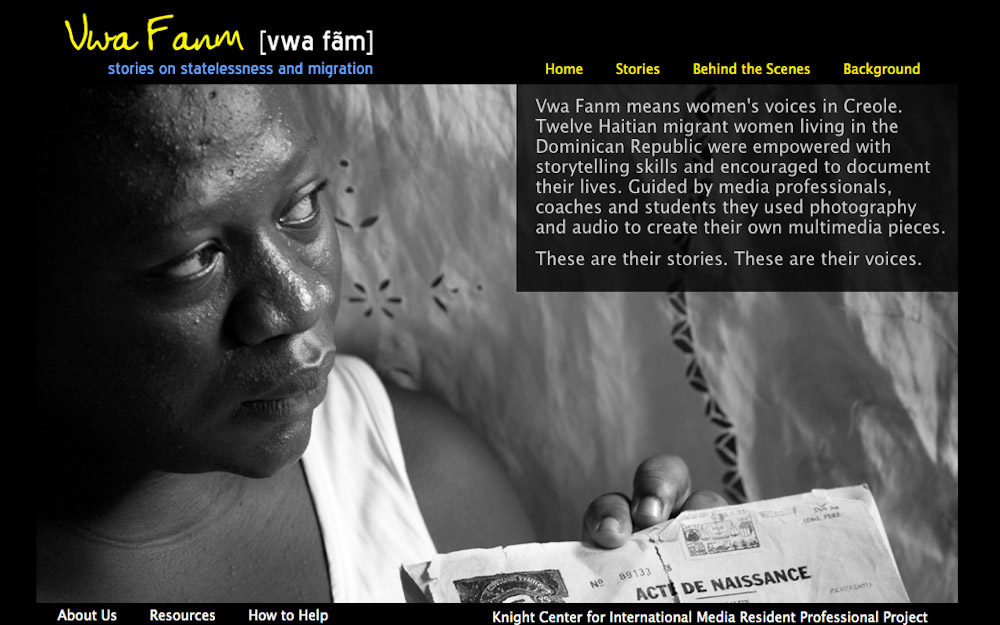 Finalist at the Online Journalism Awards 2011

Life isn't easy for Haitian migrants living in the Dominican Republic. Many of them women and mostly undocumented, they are easy targets for trafficking and exploitation, and face the constant fear of deportation. But, given a digital camera and an audio recorder to document their stories of hope and struggle, some of the women have begun to find a stronger voice for themselves. This short documentary, part of a broader project called "Vwa Fanm" which means women's voices in Creole, gives an insight into the experiences of 12 Haitian migrant women as they take part in a multimedia storytelling workshop. Guided by media professionals, coaches and students they use these skills to create their own multimedia pieces.

This project was funded by the Knight Center for International Media at the University of Miami and was done in collaboration with the Jesuit Refugee and Migrant Service in the Dominican Republic. Parts of this work are also included in the final longer documentary titled "Crossing Hispaniola" which has been screened at several film festival across the world.

*February 2011: The Trust for the Americas- Organization of American States featured the women's pictures